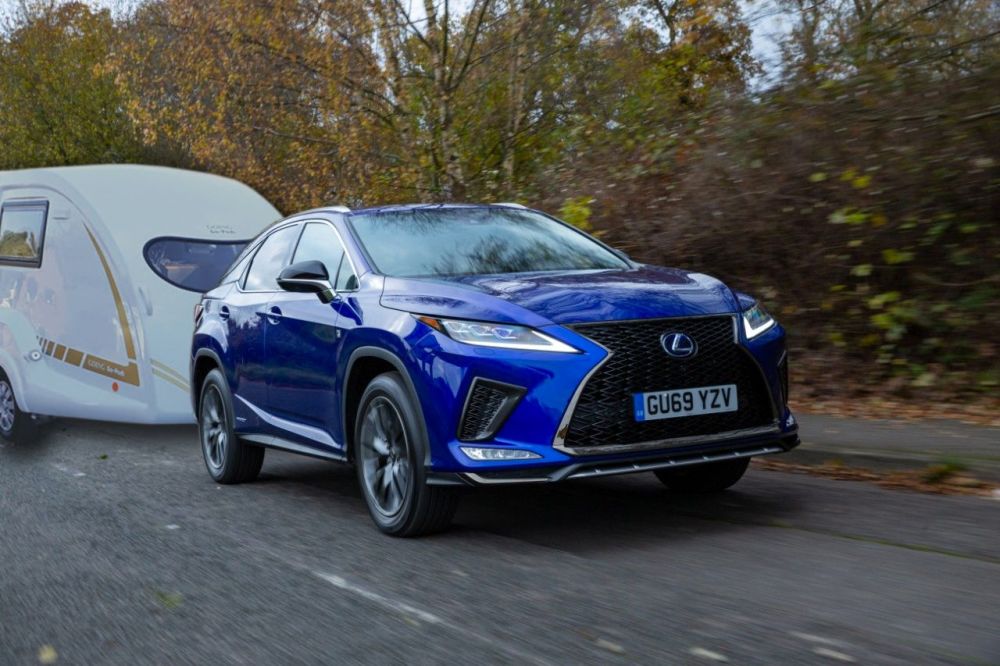 Here's a quick run down on some electric & hybrids that 'can' - and how the Go-Pod with it's frugal 750Kg MTPLM could be the perfect partner.

The rising popularity of electric and hybrid-electric cars, originally produced exclusively by Japanese & Korean manufacturers ahead of the curve, have resulted in a plethora of options available to the average person via some of the worlds most well known brands.

At the forefront of this push to change the landscape of the global automotive market is Tesla. The only electric car on sale today that's approved for towing is the Tesla Model X SUV. Not only can it tow, but its maximum towing limit is a substantial 2,270kg.

However, leading manufacturers such as the Volkswagen-Audi Group and General Motors are now pushing out more hybrid & electric models each year as they aim to grab a share of the EV market before Tesla cement their grip on the industry. This means that there are now a wealth of options to choose from when buying a 'greener' car - but there are also a few considerations to make before purchasing, in terms of practicality & reliablity. One such consideration is the vehicles ability to tow without significantly affecting the mileage per tank/charge.

The main issue with towing with an electric car is that the battery packs used to power the vehicles motor - replacing a fuel tank - are extremely heavy, and thus impact the cars towing capacity.

While a 1.2-litre petrol Renault Clio supermini weighs just 977kg, the all-electric Renault ZOE supermini weighs 1,468kg, with the battery pack alone coming in at 305kg. With that much extra weight, the added strain of towing a caravan or trailer would put too much stress on the cars critical safety components, such as suspension and braking. Car manufacturers also regularly market the vehicle with a focus on its driving range - which is significantly reduced when towing extra mass. For most manufacturers, the added complications of preparing the vehicle for UK certification is not worth the time and hassle.

So at present, the only Tesla model (and electric car in general) approved for towing is the Model X SUV - starting at an eye-watering £82,700 for the 2020 version, putting it firmly out of the price-range for the average person.  However, with Tesla models surging in popularity, and the growing pressure for manufacturers to meet the demand for alternative-fuel vehicles, we are sure to see a number of innovations in this market in the near future.

Hybrid-electric vehicles are another case altogether. There are two main types of hybrid vehicles available - self-charging (meaning that they do not need to be connected to mains supply) and plug-in.

The minimum useful towing capacity for touring starts at 750kg - the MTPLM of a Go-Pod Micro Tourer Caravan.

The Hyundai Ioniq and Honda CR-V Hybrid are two great entry-level hybrid vehicles with a towing capacity of 750kg - and excellent fuel economy when towing too.

Further along the scale, we have hybrid-electric iterations of timeless classics such as the Volkswagen Golf GTE, with an impressive towing capacity of 1,500kg and fuel economy of 141.7mpg. The hybrid version of the Mitsubishi Outlander boasts the same towing capacity as the Golf GTE, with a slightly lower mpg. Both models are competitively priced around the £30,000 mark, making them accessible to a much larger demographic than with previous models.

With both electric & hybrid-electric vehicles, the weight of the caravan/trailer being towed can have a significant effect on driving range/mpg. For this reason, smaller 2-berth 'Micro Tourer' caravans have become popular with owners for their low total weight & MTPLM, and also their innovative use of space. The Go-Pod in particular was designed to reduce drag when towing at high speeds, and its aerodynamic design also prevents snaking & wobbling. 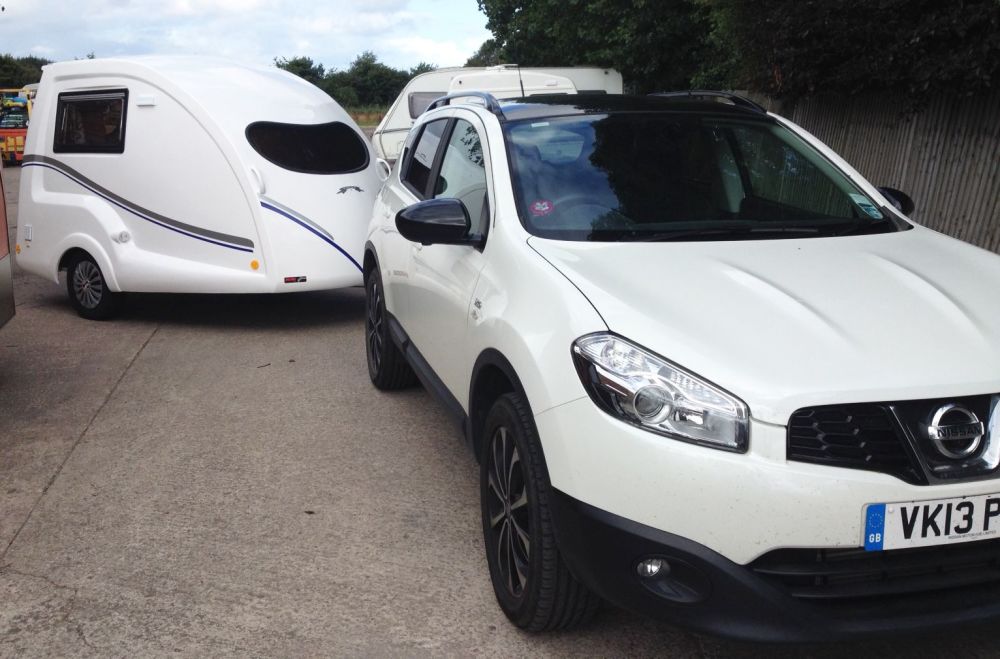 A final note on the weight of the caravan being towed - as mentioned earlier, the heavier the caravan, the more stress will be put on your vehicles braking system and other key safety components. For electric vehicles in particular, overloading the engine can have serious repercussions as a number of manufacturers note that the powertrain can fail under heavy stress - and so it is important to ensure that your caravan meets your vehicles towing capacity. Choosing a caravan that is fully braked can have a significant effect on your towing experience, as less strain is put on your cars brakes when slowing down.

The Go-Pod runs on an AL-KO braking system which works by compressing a gator at the front of the Pod when your car begins to slow, applying the Pods brakes and bringing the caravan to a more gentle stop than would otherwise be the case without the braking system. This results in a much less stressful experience than with other alternatives - particularly if you are new to towing.

The Go-Pod Standard Model starts at just €12,995.00, and comes with all of the essential features you could need. The top-of-the-range Deluxe Model comes in at just €14,995.00, includes everything from the Standard model, as well as a number of significant quality-of-life upgrades and just about every comfort available. Both models can be towed by vehicles with an MTPLM of just 750kg - meaning that every car mentioned in this article is capable of towing the Go-Pod.

Do you own a Go-Pod and tow with an electric/hybrid vehicle? Please let us know in the comments - we'd love to hear from you! If you have any questions - please feel free to get in touch via the 'Contact Us' link in the menu bar.